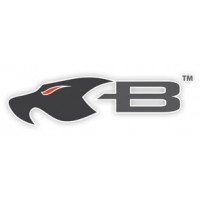 These upper control arms have been developed by Roadsafe 4WD who have identified a requirement for a program supplying replacement Upper Control Arm’s (UCA) that are fitted to a wide range of late model IFS vehicles.  As a result Roadsafe now have available the “Blackhawk UCA” program featuring products that will simply “bolt-in” offering marked improvements over the OE design, for a variety of applications.

The evolution of the Blackhawk UCA’s…

Roadsafe 4WD have developed their Blackhawk UCA range of product drawing from over 30 years of experience in the manufacture & supply of chassis parts including a full range of steering & suspension components. The Blackhawk UCA’s have been designed in conjunction with industry experts to ensure vehicle fitment is comprehensive. During the development process a large number of potential issues associated with lift were identified, and subsequent features were built into the product to overcome of offset them.

Features standard to the Blackhawk UCA’s are:

Please Login to add your review.

Do you want to

Get Notified When Back In Stock

Once you fill in your email address below and click continue, you will be notified when this item comes back into stock by email.
You also have the option below to log in to your account or register a new account.